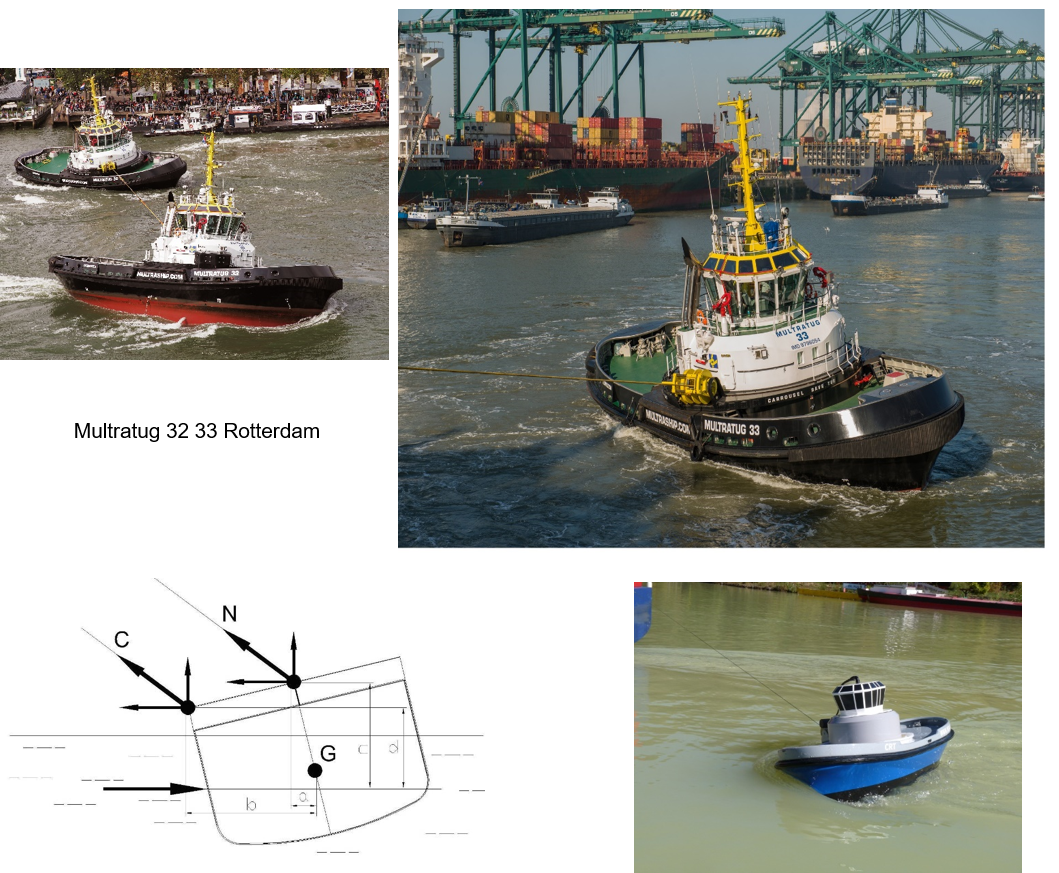 A circular carrousel ring allows the towing hook or winch to rotate freely in any direction over 360°. Therefore, towing operations can be freely changed from the tug's bow to the stern and vice versa.
This design offers more stability and therefore makes it possible to increase hydrodynamic forces without the risk of capsizing and without the use of sophisticated propulsion systems.

Tugs fitted with the Novatug Carrousel ring do not have the attachment point for the towing line at a central and fixed point anymore. The carrousel ring - allowing the hull to rotate free from the towing line - carries the attachment point. This means that towing can be done through a wide angle. The tug could for example start on the port side, and manoeuvre in front of the towed object over to starboard and work as a floating anchor and pull the object with great force "round the corner".

Because the attachment point has been moved from the central point on the ship to the far side of the ship, it is virtually impossible for the tug to be capsized by the towing force in a braking manoeuvre. Thus, as a stern tug, the tug can use it's full size to position itself in a 90° position against the towing line, working now as a floating anchor of up to 115 tons (on the current 40 year old, 29 m retrofitted prototype, Multratug 12).

Discover the fleet at Port Revel >