The Port Revel fleet is made up of twelve manned models and five radio-controlled tractor tugs.

Six of the manned models represent at scale real oil tankers or bulk carriers ranging from 38 000 to 400 000 dwt.

The seventh is a replica of the liquid natural gas (LNG) carrier "Ben Franklin" (125 000 m3), as from 2013 with Controllable Pitch Propeller

The eighth is a replica of a 4 400 TEU post-panamax container ship, the "CGM-Normandie".

The "Voyager" is a cruise ship, that is available since 2014. She is 311 m long (Loa) and will be fitted with 2 azimuthing pods (and one Fixipod) and powerful bow thrusters.

The model made in 2016 is the "Cruise/Max", cruise ship made with the hull of the Q/Max but with the bridge at the bow and twin screw with Becker rudders. She is available since April 2016.

The last ship is the Sport Revel Spirit, a container carrier, that is available since 2019. The 6th 1:25 scale manned model made by the iXblue shipyard in La Ciotat.

All models but the Normandie, the Voyager and the Otello are fitted with diesel motor and steam turbine, and the Normandie can be controlled from the front deck like a car carrier and a cruise ship, so that the fleet in fact reproduces 22 different vessels.
The Voyager is fitted with two azimuthing "pods" and powerfull bow thrusters in order to reproduce the behaviour of a cruise ship.

The fleet consists of 12 scale models, the "ships" and 5 tugs. Most of them represent real ships with their corresponding characteristics (engine acceleration rates, etc).

100% of participants satisfied to the similarity ! 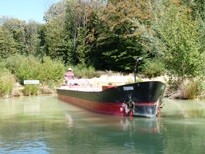 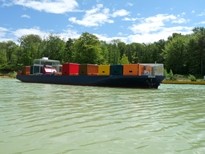 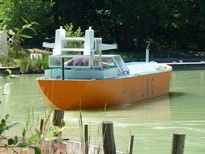 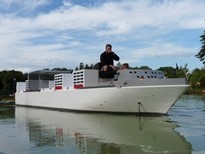 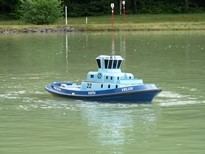 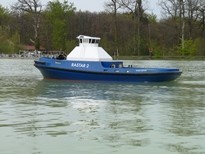 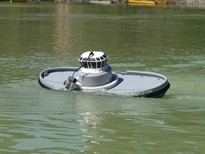 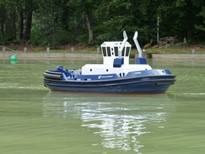 Introduction of the model tugs in our courses is a major advance as it allows experimentation with emergency ship handling when mechanical failures occur on ships:

One of the tugs is an Azimutal Stern Drive (ASD) with a Z-peller propulsion system. Two tugs have Voith Schneider propulsion (VSP). They can provide a bollard pull of over 100t, but are usually set to 50 to 70t.

The tugs are of course also at scale 1:25 ... Can you imagine working with a model ship at one scale and a tug at another scale ??!

The tugs are remote-controlled by a professional tug master at the pilot's orders.

This is not reproduced on numerical simulators ... nor are the typical tug manoeuvres: pure and powered indirect modes, jackknife, push-pull, driving and flying to steering position, etc.

Find below our fleet characteristics: 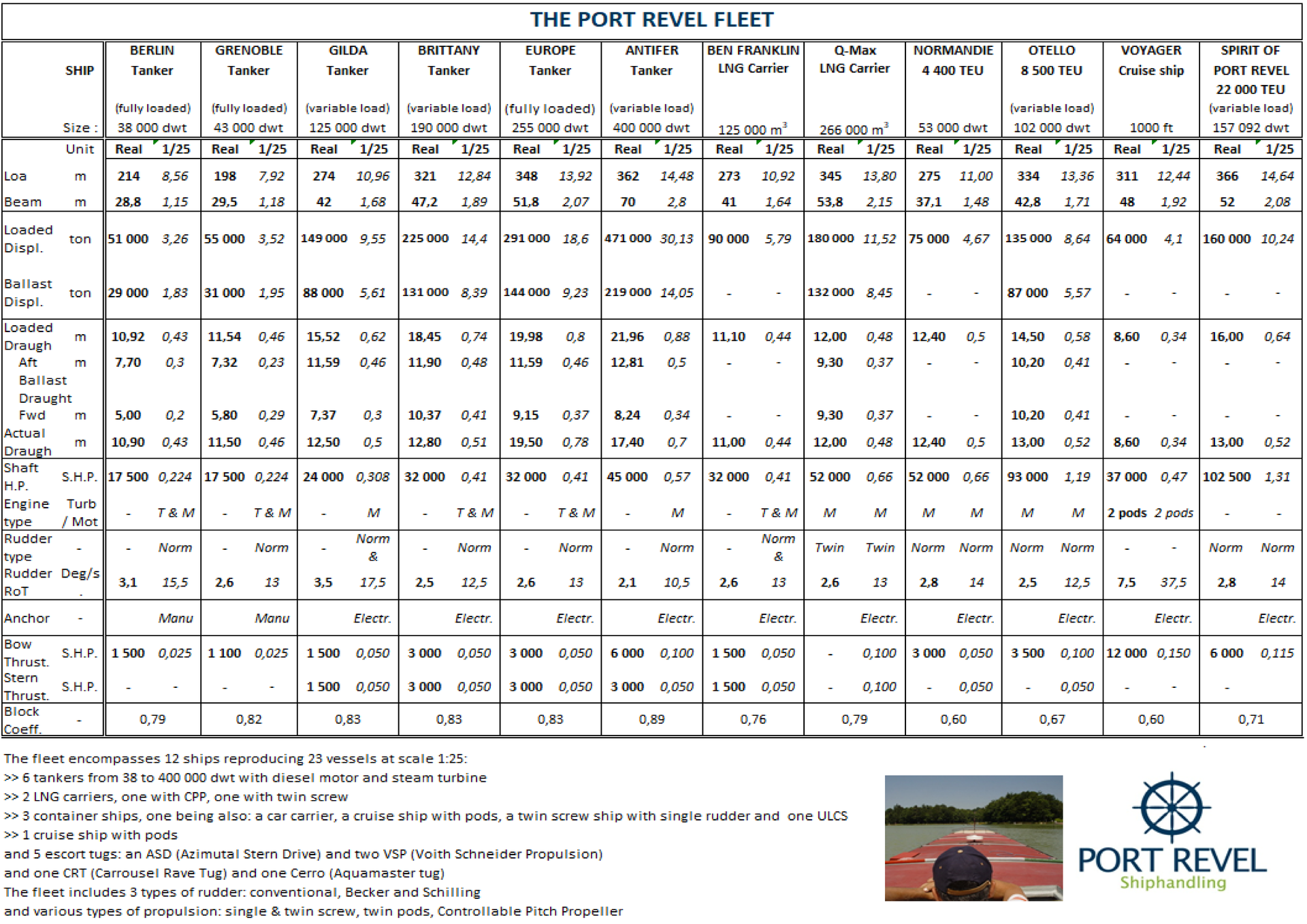